"X" Marks the Spot for AMD!

Optimized for the AMD Ryzen™ platform, the vibrance and performance of Trident Z RGB is now expanded to include the latest AMD platforms! Just look for the "X" at the end of the Trident Z RGB model numbers!

Trident Z RGB retains the iconic design element of the traditional Trident Z lineup - featuring luxurious hair-line finished aluminum heatspreaders and an aggressive fin design for highly efficient heat dissipation. The top of the heatsink has been exclusively engineered to mount a wider light diffuser for more extravagant lighting effects. Look no further for a memory that combines performance and beauty for building a stylish, modern PC!

Each memory kit contains specially screened ICs through G.SKILL's unparalleled selection process and a custom engineered ten-layer PCB offering maximum signal stability; and every single kit is rigorously tested for reliability, compatibility, and performance across a wide range of motherboards.

Create a one of a kind PC with the Trident Z RGB memory kit! The best thing about having RGB capabilities is the ability to choose the colors you want. Whether it's white on one day or green on the next, you can be sure these modules will look current and modern in any build. 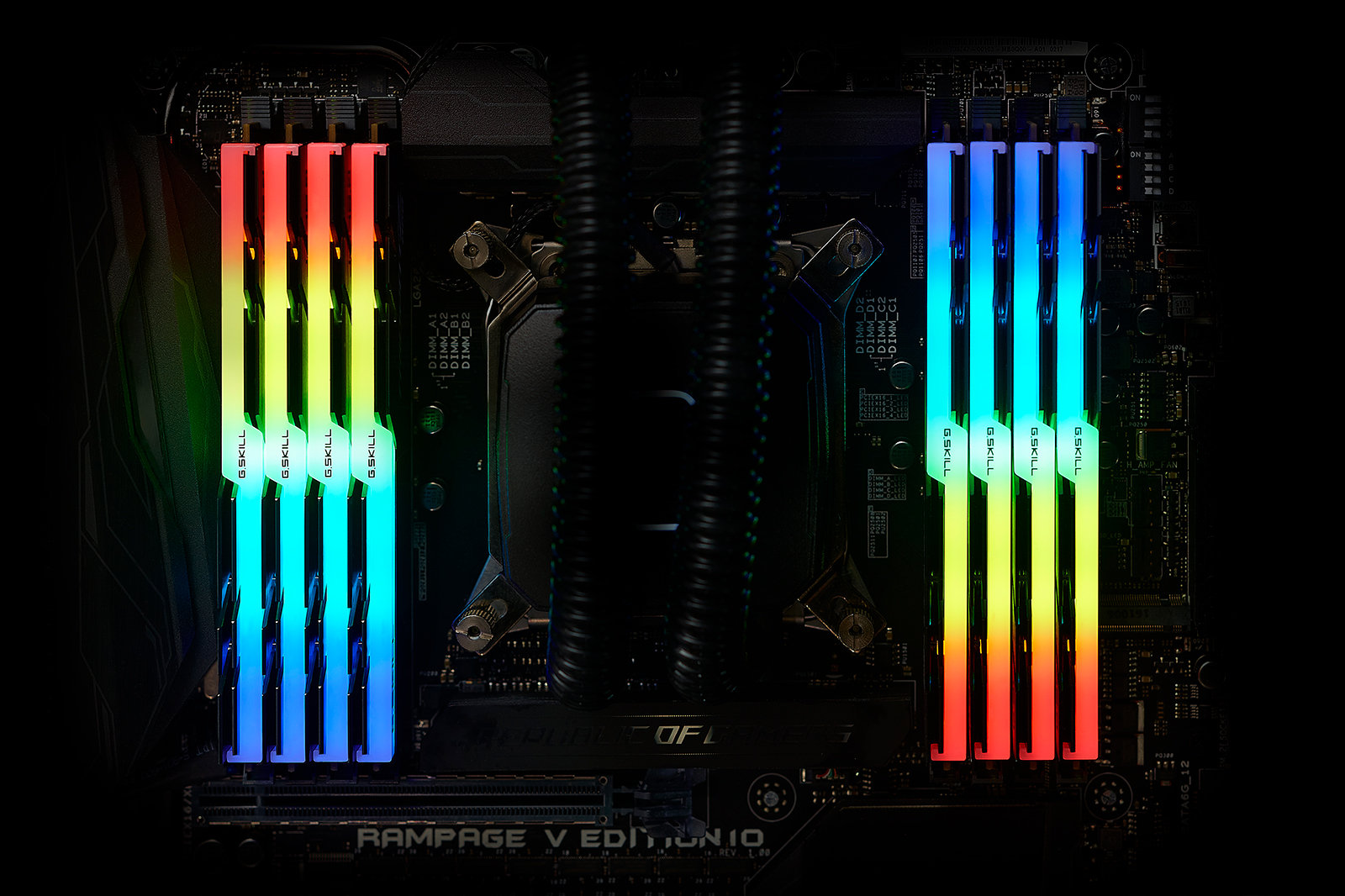 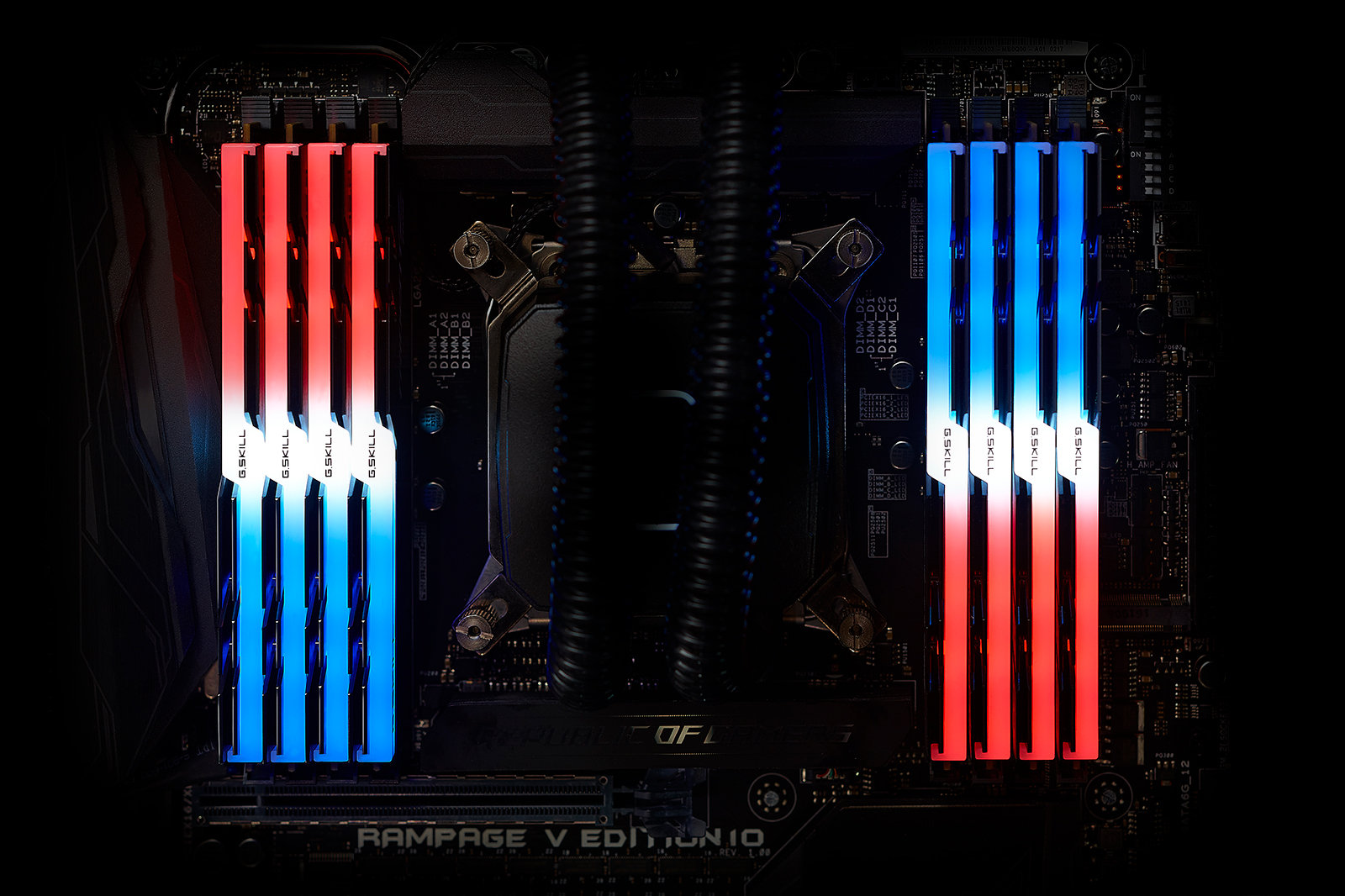 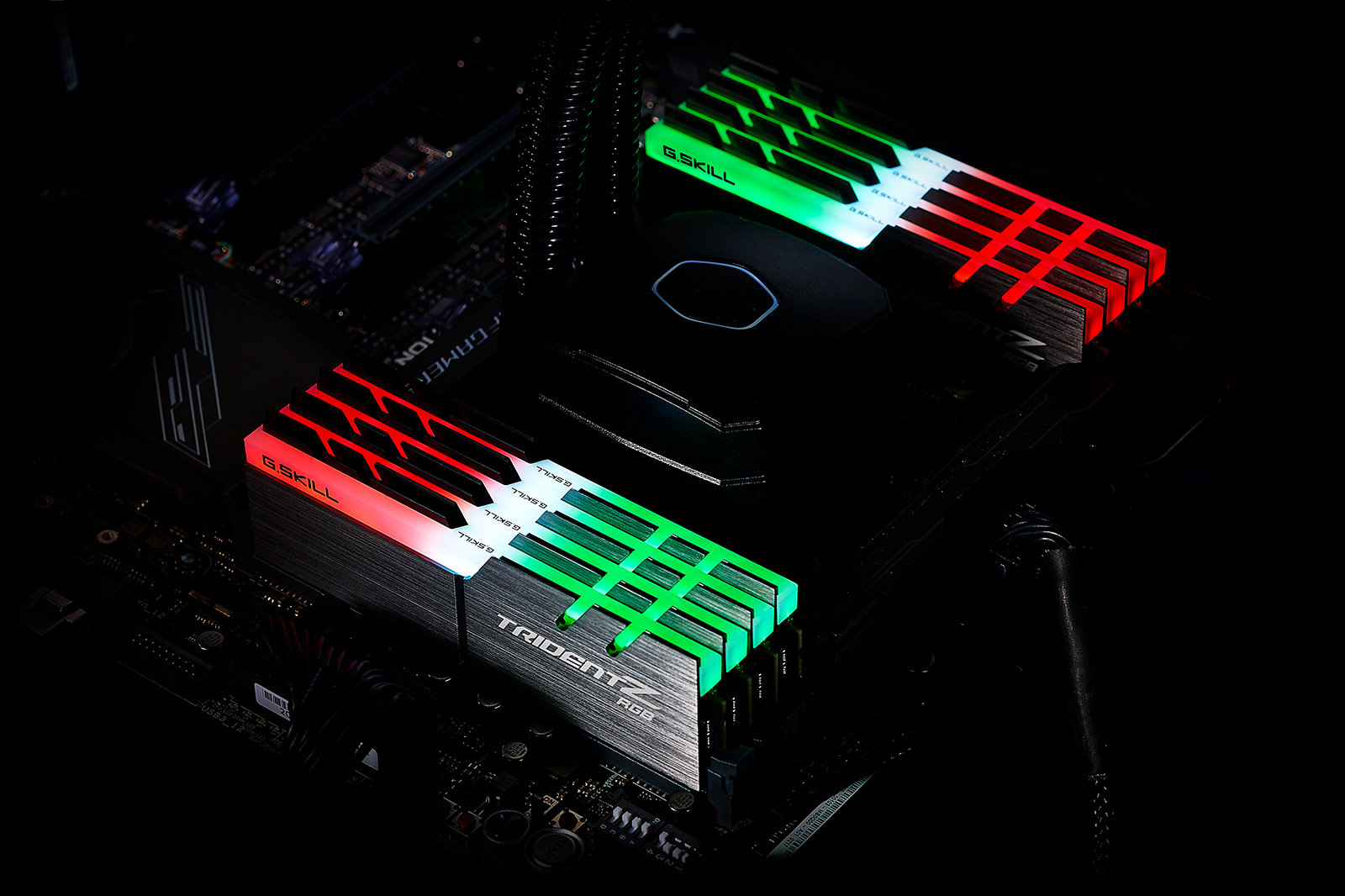